The Economic and Social Cost of Racism 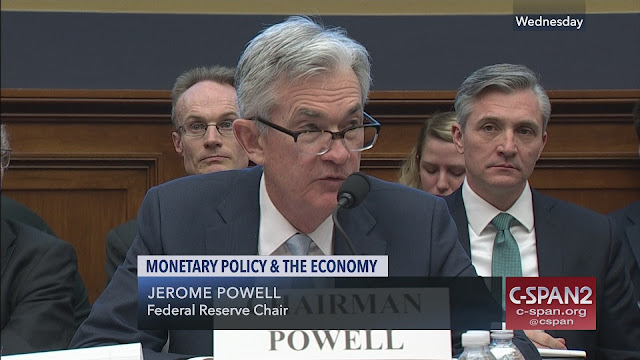 At a February 27, 2019 Financial Services Committee hearing on Monetary Policy, Rep. Al Green (TX) asked the following question of the hearing's only witness - Chairman of the Board of Governors of the Federal Reserve System (the Fed), Jerome Powell:

"I want you to do a study on the impact discrimination has on the economy." ( See video at https://www.c-span.org/video/?458249-2/federal-reserve-chair-powell-testifies-day-capitol-hill&start=2499#)

We attended the hearing (https://twisri.blogspot.com/2019/03/monetary-policy-and-state-of-economy.html), and were delighted to hear the question, which, in light of events in New Zealand,  takes on new significance. Clearly, the economic and social cost of discrimination is growing worldwide, inspired by events in the US. This adds instability to the culture and, eventually, the  marketplace. This makes getting an accurate answer to Mr. Green's question critical.

It is unclear that Federal Reserve economists can accurately answer this question due to the well known lack of African American economists at the Fed. As we have seen, the Fed may either try to substitute "token" blacks (as with Rep. Mark Meadow's introduction of "African American party planner, Lynne Patton..to refute racism allegations" directed at the executive branch) or they may assign and showcase non-Black minorities on the project - white women, Hispanic, Asian, Indian economists. Both are problematic. Tokenism is never helpful. Non-black minority group members tend to underestimate the true cost of racial discrimination. They are simply not subject to the same level and type of discrimination.

Further, in making an estimate of the cost of discrimination, the starting point for economic theory in the area is Gary Becker's work, (https://www.press.uchicago.edu/ucp/books/book/chicago/E/bo22415931.html) but this, too, will underestimate the full scale and scope of the modern issue. Mr. Becker completed his work before mass shootings, before the internet, before Black Lives Matter, even before Ronald Reagan was elected president. I suggest these and other factors may significantly influence the cost of discrimination. (I note that Mr. Becker was one of my professors at the University of Chicago.)

Given the above, we believe the Fed is likely to underestimate the cost of discrimination to the US economy. They simply don't have the experience or the personnel on staff to do so, (and let's not forget their calculation errors in the years leading up to the financial crisis.)

We, on the other hand, have a great deal of experience actually and accurately estimating the cost of racism. Federal Appeals courts have accepted “Friend of the Court” briefs we filed containing estimated discrimination impacts. Most recently, we estimated the economic impact of reversing net neutrality on African Americans in a brief we filed at the U.S. Court of Appeals for the District of Columbia Circuit in Mozilla Corporation vs. the Federal Communications Commission (net neutrality). https://www.prlog.org/12729944-william-michael-cunningham-files-amicus-brief-in-net-neutrality-case-18-cv-1051.html
While this is no validation of our calculation, it is a marker showing recent estimates. Our experience extends back 30 years. We calculate the impact of discrimination in designing new financial instruments, having created “Diversity Investing” (online at http://www.diversityfund.net/). Our 2006 research showed that corporate gender and ethnic diversity is a leading indicator of management’s ability to enhance shareholder value. We also used this impact calculation in our June, 11, 2016 forecast that Trump would win  (see: "Why Trump Will Win" https://www.linkedin.com/pulse/why-trump-win-william-michael-cunningham-am-mba )
We discussed this at a recent Congressional Black Caucus meeting and have reached out to Congressional staff, but, so far, they seem uninterested in getting second opinions. (They seemed to think that I wanted to testify before the Committee. This, of course, is incorrect. While I have testified before the Committee in the past, my interest here is in helping to craft a critically important, more accurate economic estimate.)

Mr. Green may have been trying to win over colleagues from the other side of the aisle with his question. The thinking may be that if we can agree on the economic damage done, purposely or inadvertently, by discrimination, perhaps we can start to agree on solutions.