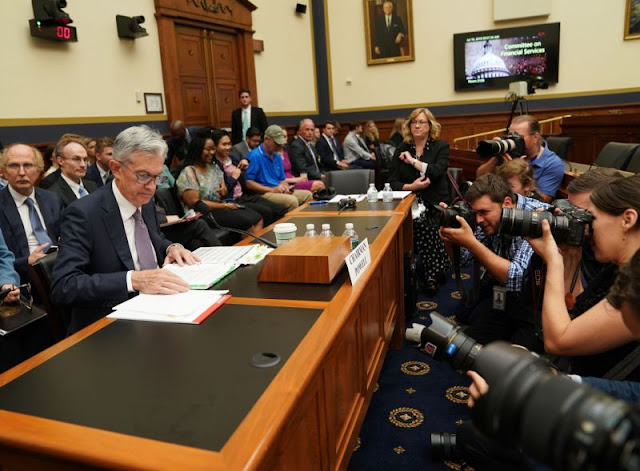 Last week, Chairman of the Federal Reserve, Jerome H. Powell appeared before the House of Representatives Committee on Financial Services to present the Semiannual Monetary Policy Report. Chairman Powell opened his remarks by stating that “the economy performed reasonably well over the first half of 2019 and the current expansion is now in its 11th year.” Inflation has run below the FOMC 2% objective, trade tensions and concerns about global growth have weighed on economic activity."

Labor Market: job gains remain healthy, with the unemployment rate falling to 3.7% in June. Employers are increasingly willing to hire and train workers with fewer skills.  Unemployment for African Americans and Hispanics remain well above the rates of whites and Asians. Urban employment rates are higher than those in rural communities. Labour force participation by those in their prime working years is lower in the US than in comparable nations.

GDP: GDP increased to last year’s pace at a rate of 3.1% in the first quarter of 2019, largely due to net exports and inventories. Growth in consumer spending was weak, but recovered and is now at a solid pace. Growth in business investment has slowed, possibly reflecting trade tensions and slower global economic growth. Housing investment and manufacturing output declined in the first and second quarter.

Inflation: Inflation has run below the FOMC 2% objective. Overall consumer price inflation declined to 1.5% in May. PCE inflation (excludes food and energy prices) decreased to 1.6% in May

Powell stated that the Federal Reserve’s outlook “is for economic growth to remain solid, labour markets to stay strong, and inflation to move back up over time to the Committee’s 2 per cent objective.”

Uncertainties in recent months, relate to slowing economic momentum in foreign economies, unresolved government policy issues (trade development, federal debt ceiling, and Brexit), and the risk that weak inflation poses, will be monitored and may affect the Federal Reserve’s outlook.
As mentioned above, labour force participation by those in their prime working years and the rural-urban labour market disparity are concerns. Powell noted that the lack of upward mobility for lower-income families as an issue. He stated that finding ways to boost productivity growth should be a national priority, since this leads to rising wages and, ultimately, a higher living standard.

The Federal Open Market Committee (FOMC) target range for the federal funds rate was 2.25-2.5 per cent during the first half of the year. Powell remarked that the Committee has decided to enact a strategy of patience to determine future adjustments.

At May’s meeting, progress made in trade negotiations with China were encouraging factors leading to the Committee not adjusting their policy rate. In the time since, trade tensions have reemerged, creating uncertainty. Slowing global economic growth indicators raise added concerns that trade weakness will continue to affect the US economy and possibly help spark further declines in business confidence.

The Federal Reserve began purchasing securities in 2007 when the financial crisis began.  Since then, total system assets increased from $870 billion in August 2007 to $4.5 trillion by January 2015.  In October 2017 the FOMC balance sheet normalization program began and has since lead to a decrease in total assets to $3.8 trillion in July 2019.

Beginning in May 2019, the Committee’s intentions were to reduce holdings of Treasury securities by reducing the cap on monthly redemptions from $30 billion to $15 billion, ending in September 2019. Beginning in October 2019, up to $20 billion per month in Mortgage Backed Security principal payments will be reinvested in Treasury securities. Limited MBS sales might also be an option in the long run to reduce holdings.

After Powell’s hearing, Chicago Federal Reserve Bank President, Charles Evans indicated that the Fed should cut rates by half a per cent before the end of the year in an effort to increase stubbornly low inflation rates.

Both Republican and Democratic committee members seemed pleased with the Chairman’s monetary policies.  He received praise from both sides on keeping the agency independent amid pressure from the White House. 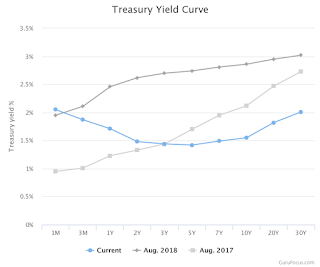 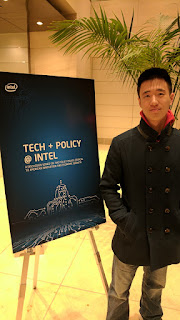 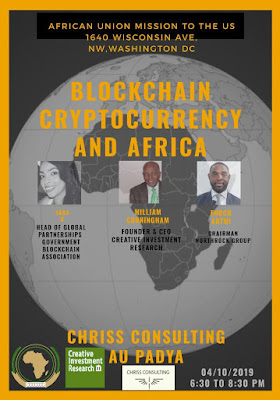