Showing posts with the label Jim Crow
Show all

THIS is the statue that should replace Gen. Lee's 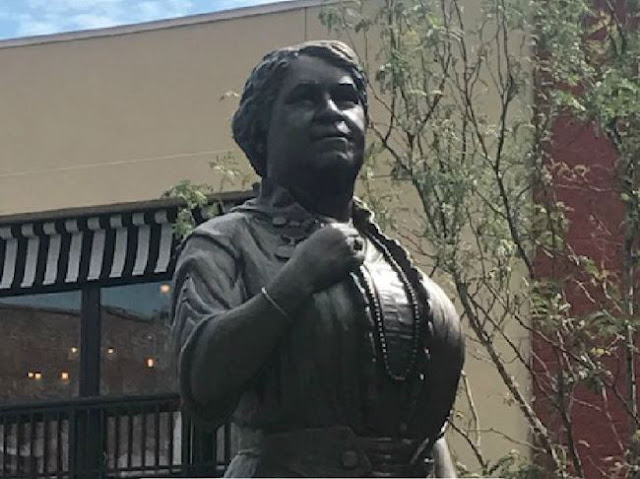 Maggie L. Walker founded St. Luke Penny Savings Bank in 1903, a time when Jim Crow laws and institutionalized prejudice conspired to prevent blacks from borrowing money or from even having bank accounts. This was done, of course, to keep blacks in a position of economic servitude, a situation blacks still suffer from to this day. Born a year before emancipation, Ms. Walker, the daughter of a former slave, is the first American women to have successfully opened a bank. (Having attempted in 2008 to raise $50 million to create a black-owned bank holding company to make capital investments in and own parts of new and existing black-owned U.S. banks, I can tell you that this is no easy task.) She did so in the South. In Richmond, Va., the capital of the confederacy. during a time when even white women were not allowed to vote. In the South. (Oh, and she also led a boycott of Richmond’s segregated trolley car system, 50 years before the Montgomery Bus Boycott.) I'd say she's worthy…
Post a Comment
Read more
More posts